Traditional election monitoring is a formalized process in democratic countries, set out in the mandate of the national Electoral Management Body (EMB). As social and digital cultures change, however, EMBs are finding it useful to expand their monitoring capacities to include social media.

Given the media coverage of interference with the 2016 US and UK elections, and the fallout from the Cambridge Analytica debacle, politicians and the public are wary of the impact social media manipulation can have on electoral processes.

As well, automated tools like bots, created locally or outside the country, disrupt the existing system. They amplify political messaging, yet are not currently covered by political financing regulations; and they can disseminate disinformation.

To be effective, this process should be put in place well before the first milestone of the election period. 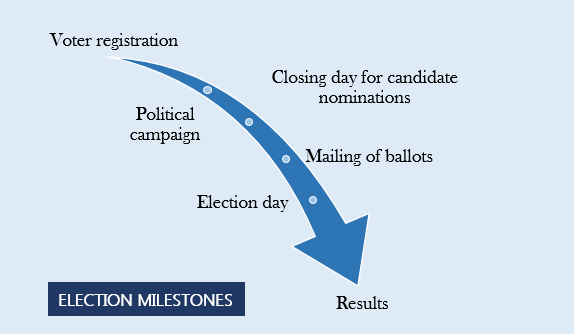 5 Questions About Elections and Disinformation

Can disinformation be traced? #USelection2020