How politicians and their supporters invest in political messaging is rapidly changing. For the last few years, the amount of money spent on political advertising on the Internet has been growing exponentially. As well, new technologies present new advertising opportunities; automated agents such as bots amplify political messaging. All these developments create challenges for EMBs.

As both technologies and transparency reporting rules are in flux, legal regulation and national directives are often a few steps behind what is technologically possible, and significant loopholes emerge.

In many jurisdictions, after an election all candidates, whether they won or lost, must submit a financial spending report to the EMB, to ensure that they have remained within applicable spending limits. Enforcement is often complaints-based: the EMB will investigate an issue if a complainant has alerted them to it. Social media monitoring can help the EMB to ascertain, measure, and validate whether overspending or infractions of elections laws have occurred.

Breaches of political financing rules include both overspending and under-reporting

With the advent of bot technology, many candidates are utilizing open-source online bot widgets or hiring consultants to create them. It’s a cost-effective strategy: Rather than putting an ad in a newspaper for $2,000, a person could, by procuring a bot, spend $50 for the same message reach. This creates a volume of online messaging that in many jurisdictions would be considered equivalent to advertising. However, bots often aren’t accounted for in political financing regulations, so this kind of electoral messaging can fly under the radar.

Social media can help political financing departments within EMBs to:

the amount of online advertising spending by candidates, local constituency associations, registered third party bodies (spending money on an issue or candidate), and by a political party itself.

Social media data can be leveraged to:

Many major internet advertising hubs, pushed by regulators in various jurisdictions, now provide transparency reports on political spending on their platform. Some, like Twitter, have banned political advertising altogether.

Facebook: Allows political advertising. Does not fact-check ads. Provides a sophisticated tool that reveals political spending on the platform.

Microsoft: No political advertising allowed on their Bing search platform.

Reddit: Under new rules released in April 2020,[2] preparatory to the US elections in November, the platform:

It also lists spending on political ad campaigns that have run on Reddit since January 1, 2019.

The data from these transparency reports, while valuable, is incomplete. The Campaign Legal Center (CLC) notes that only “4 percent of digital spending reported to the Federal Election Commission (FEC) by two secretly-funded Democratic groups appear in public archives maintained by Facebook, Google, Snapchat, or Twitter.”[3]

How does this happen? The problem is that platforms don’t have authoritative information to group all investments for a particular candidate together. It’s easy enough to use a different account or credit card to pay for advertising. As well, third party interest groups invest in promoting their favoured candidate, and they don’t always register as political advertisers. Other issues include:

In these ways, despite regulations that buyers of political advertising – whether candidate-based or issue-based – should be registered, such activities can often slip through the net.

KI Design’s experience shows that, by using the following three parameters while interrogating platforms’ transparency data, an EMB will get a better estimate of political financing – both of the actual money invested, and of who is spending it:

While an EMB won’t be able to get a complete picture of online political spending patterns from transparency reports, leveraged skillfully they can be a useful resource in an investigation.

We recommend that EMBs work with legislators to ensure that platforms include geographic location as part of their transparency reports. Furthermore, any page names, group names, or room names on platforms that are associated with a real entity, whether an individual or a corporation, should be made public.

The CLC advocates updating campaign finance regulation with “across-the-board rules for digital ad transparency.” In KI Design’s opinion, these rules should be clear and specific, ensuring that platforms report:

Any new legislation should also mandate platforms to include obligatory post-mortem transparency reports: an enumeration of every single page/group/room that was advertised, and its association with a real entity (individual or registered corporation.) This would include pages that have been taken down.

Content on Telegram, WhatsApp, and WeChat poses a challenge for EMBs, as the data within them is not publicly available. We suggest that EMBs create a policy covering these platforms, indicating whether or not the EMB will:

The prevalence of social media causes a number of political financing-related issues for EMBs:

Many EMBs will benefit from consultation around the possibilities of social media monitoring, and companies such as KI Design can advise and implement tools. There are no prefab solutions, as laws are in flux and vary by jurisdiction, but KI Design can pilot EMBs to understand the capacities monitoring offers, and the issues it can be utilized to address.  By knowing what questions to ask, we can help you find the answers you need. 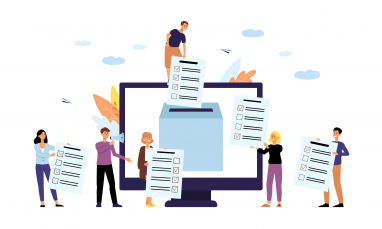 Online interference with elections is a reality of 21st century politics. Social media disinformation campaigns have targeted citizens of democracies across the globe and impacted public perceptions and poll results, often dramatically.

Disinformation: False information spread with the intent to deceive.

Misinformation: Inaccurate information spread without an intent to deceive.

This phenomenon has developed so rapidly, and is so pervasive, that it has been hard for legislators to know how to regulate it. NGOs and governmental agencies have stepped into the gap. Their primary weapon is social media analytics, powered by AI. Data science can locate trolls and fraudulent accounts: via algorithm, programs can be trained to identify potential bots and unusual political material.[3]

Many of these initiatives are based in the European Union. They track disinformation produced by local and/or foreign actors. Here are a few such organizations, with a brief summary of their work:

Other agencies analyse monitor social media around elections in Africa, Eastern Europe, and the Americas. Here’s one example:

This forthcoming series will dig deeper into how to monitor electoral disinformation, and the different issues and challenges involved. 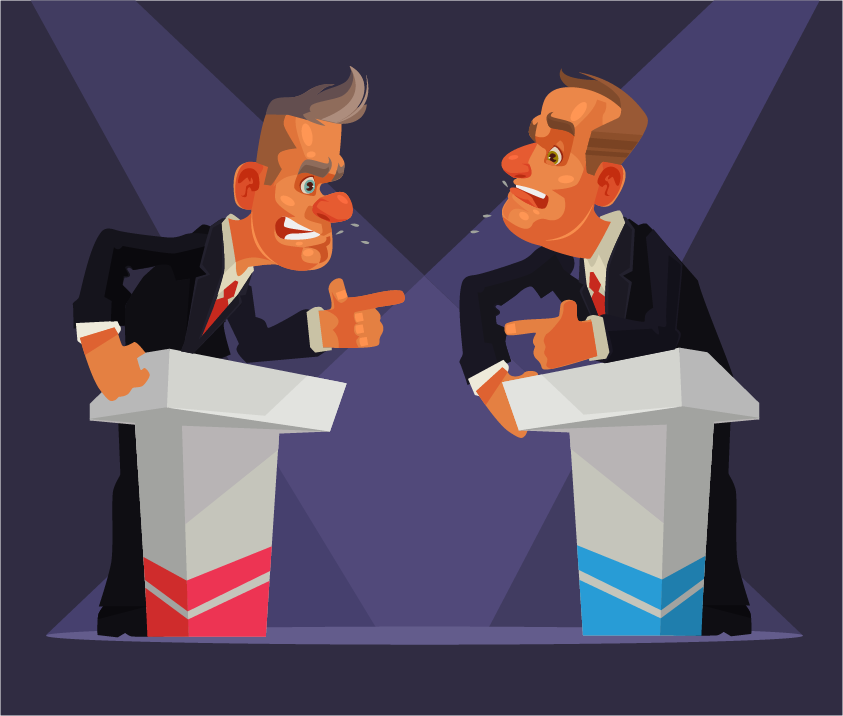 The news article was shared hundreds of times.

The RCMP probe is timely, because hate online is a virus that is attacking democratic society

While hate online is not new, fake news and hate online have the potential of impacting democracy.

At this moment, a dis-information article is one of the most shared. The post claims that more than 100K foreigners are registered to vote. That article has been shared more than 4 thousand times.

The answer is, it does fluctuate, however there is always a considerable amount of dis-information. The graph above shows how the volume of content indicating that illegals or foreigners are voting in Canada.

The bad news, currently there is no legal mechanism, to address this kind of discourse.

What do you think?

Tell us your opinion – here or through a twitter poll.

AI can be impact election outcomes? how can this be combatted?